Catch Up: Part 1: The Many Crafts

I've been missing from the blogging world for 2 months now! I don't know where the time went or what I've really been doing. Well, doing a lot of things but that isn't really an excuse. So here's a bit of catch up. 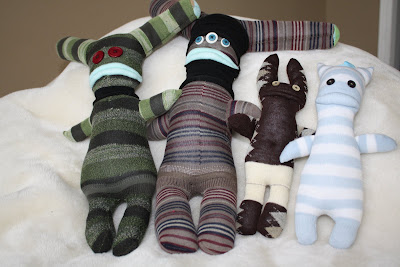 Sock Monsters
Originally the plan was to make a bunch and sell them at a Mom-to-Mom sale in Lethbridge. So I got busy making them on a scrapbook weekend at the church with the ladies. However, I ended up not making one sock monster to sell at the sale! Instead, every sock monster I made that weekend was promptly snatched up, and one in particular was an extra long (in actual length!) custom order for one of the ladies present. I even left the weekend with an order for one not made yet! So, really a success all around. It turns out that the sale in Lethbridge fell through for us, so if anyone is interested, the two small ones on the end are available now! 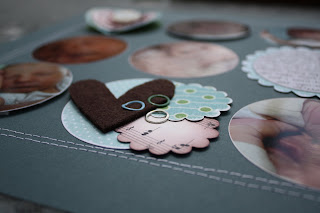 Scrapbooking
This is actually the only layout I've done in the past three months, but it's a favorite already. I saved several shots I had of Otto sleeping in his first 3 months and compiled them on one layout. 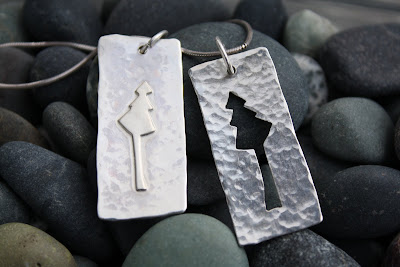 Silversmithing
Andy and I took a silversmithing course and I came out of the weekend with these two pendants. I actually made one other pendant, but it didn't exactly turn out the way I invisioned, and I'm still a bit embarrassed by it. (It's sitting upside down on my dresser so I won't have to look at it, but it is there anyway to remind me that I actually need to finish it.) Anyway, the course was really fun. Andy made me a ring with a stone setting and he began to make a copper LEGO man replica. I told him he needed to make something for himself in this class, and his mind immediately turned to LEGO. Anyway, it all turned out awesome. 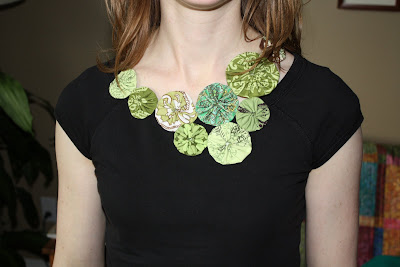 Stitching
I'd had fabric yo-yo's in the back of my mind for forever! Then one night, I just decided that they would look cool on a necklace. I'd seen similar looking neck pieces in different places online, but made out of different materials. So, I got out my cool green fabrics and whipped this up. I plan on making a multi-colored one as a bright summer piece. It really dresses up a plain old T-Shirt, and often people think it's actually attached to the shirt. This way, I can wear it with any shirt!
Posted by kaly 2 comments: