How to wash dishes Otto style I Digi LO 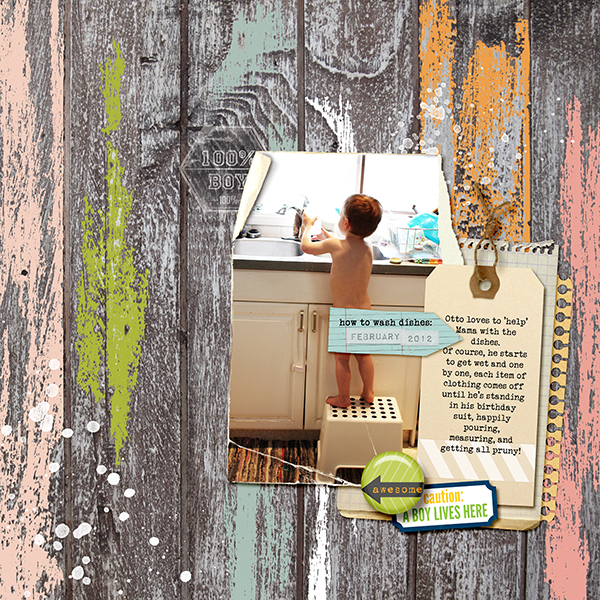 A digital layout on a Sunday night. I've been looking at pictures the last several days, with a 2012 mini album in mind. I'm super excited, but it will require a bit of prep before I can get to it. But too much prep gets too boring, so I had to scrapbook one of the best photos of last year, and this one was it. Totally happens all the time even still. My silly boy.

A recap of the Court family highlights in December 2012: 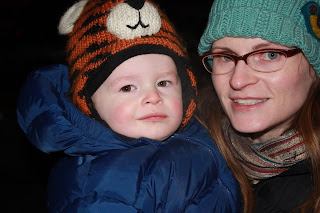 Atlas & Mama out in the cold at the Santa Claus Parade. 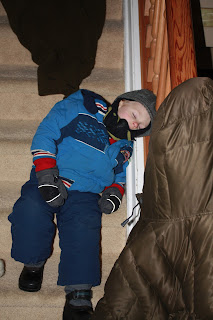 Otto "out cold" after the Santa Clause Parade! (Yes, he can sleep pretty much anywhere!) 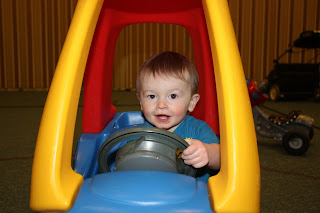 Atlas having some fun at our gym day. (We took cars and bikes and the jumping tent over to the gym and a tonne of kids came to play) 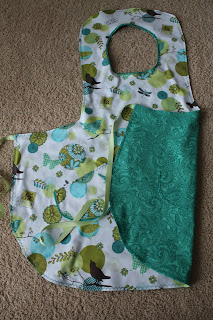 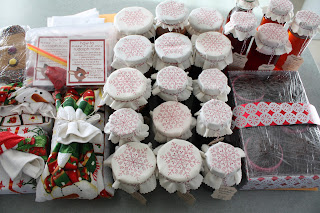 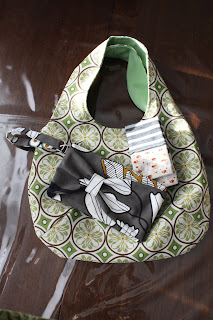 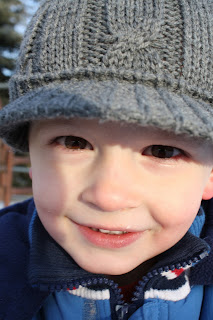 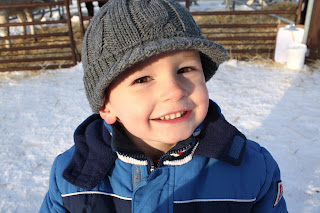 Otto and I visited "Christmas at the Hive" at a local honey farm. We were very excited to go on the hay ride, but when we got there, were disappointed to find that the horse was sick! There wasn't a lot to do, but we had fun just the two of us. 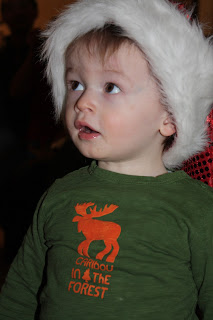 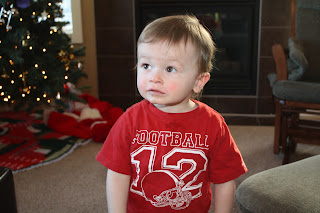 Atlas just being adorable!
The bottom picture was taken at a friend's cookie decorating party. They boys had a blast. There were cookies and punch and balloons! What more could a little boy ask for?! 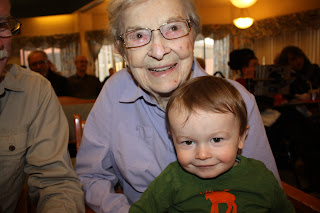 They had a great party where Great-Gramma lives. The boys loved the live music. They danced and had treats and were so happy! 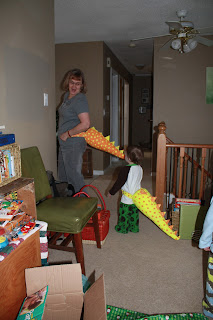 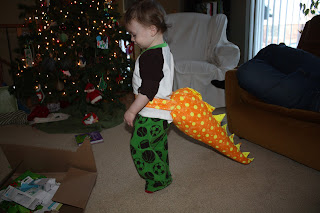 I made the boys Dino Tails, which are so much fun! Unfortunately, Atlas is the only one who will put it on (Otto still refuses! Maybe we should get a friend - or cousin - he thinks is really cool to wear one and then maybe he'll put one on!) Atlas and Gramma had fun wearing them on Christmas Day and chasing each other around. 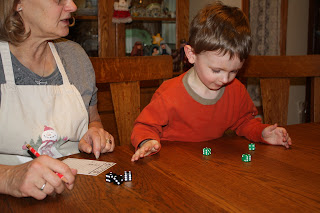 Family Christmas time just isn't the same without the games! Atlas and Otto even tried their hand! We played Tile Rummy, Bunko, lots of Quidler and Phase 10, and Monopoly Deal.

Whew! What a great December! This year, I really focused on our Christmas Activity Advent calendar, where we would try to do a Christmas activity each day. Some days it was just to watch a new movie or read a Christmas book, but it made our December so busy and so much fun! I even made a "December Daily" album where I documented the day-by-day of our December.

Posted by kaly No comments: