Otto turned 3 last week and he couldn't be more excited. He's been talking for months about his "Rainbow Birthday" and it finally happened! A little back story: Around the supper table, my parents ask everyone what their thankful thing for the day is. Since my niece and nephew have been staying with them since January, they've gotten into the habit too. So even when they come to my house, they always ask, "What is your thankful thing?" For months, every time Otto is asked what his thankful thing is, he replies, "I'm thankful for my RAINBOW BIRTHDAY.", the last part usually said in the most awesome way possible. After he says it, his cousins will always say, "NOT AGAIN!" because he says it every. single. time. Needless to say, he was excited for what was to come. And come it did, in all its glory! 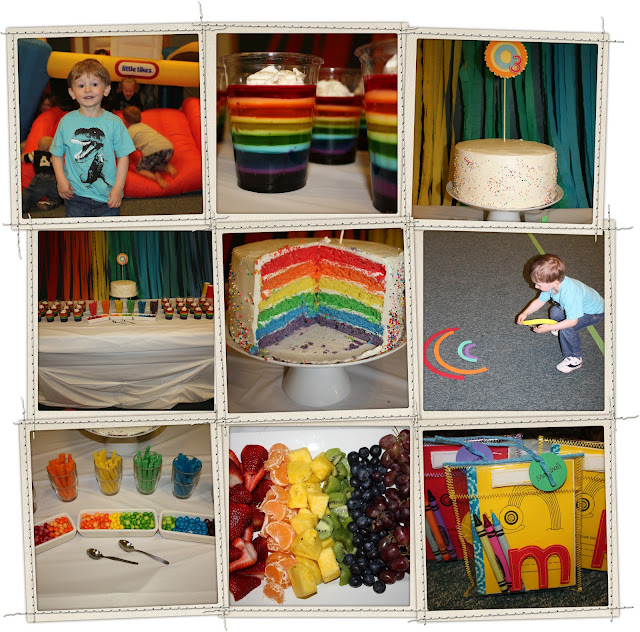 We had RAINBOW everything! Rainbow games - a rainbow relay where the kids had to run to assemble the pieces of the rainbow, and rainbow bean bag toss (not pictured). Everything on the food table was rainbow too: rainbow jello, rainbow Skittles and Twizzlers,  rainbow fruit, and the Super Epic Rainbow Cake I made myself thanks to Whisk Kid. I made the loot bags myself: personalized vinyl pouches, coloring book with pictures of Otto's favorite characters, crayons, and of course, some rainbow Skittles! 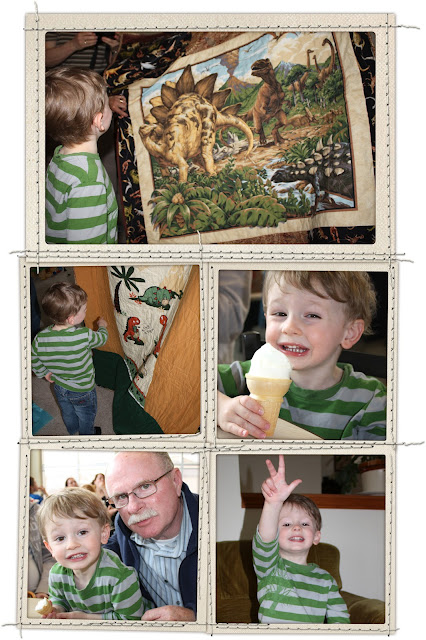 On Otto's actual birth day, we spent some time at Gramma and Grandpa's, where they gave him his gifts. The best gift in Otto's eyes is the dinosaur quilt Gramma made for him. He LOVED it! As soon as he got over the shock of how awesome it is, he immediately started pointing at each of the dinosaurs, naming them by name, "That one triceratops. That one a brachiasaurus. That one T-Rex. That one stegasaurus!" He was over the moon! Then Gramma and Grandpa took us all out for ice cream and the cousins all played in the playland.

When Pappy got home for the weekend, he brought one more gift for Otto - a balance bike, which Otto just loves! 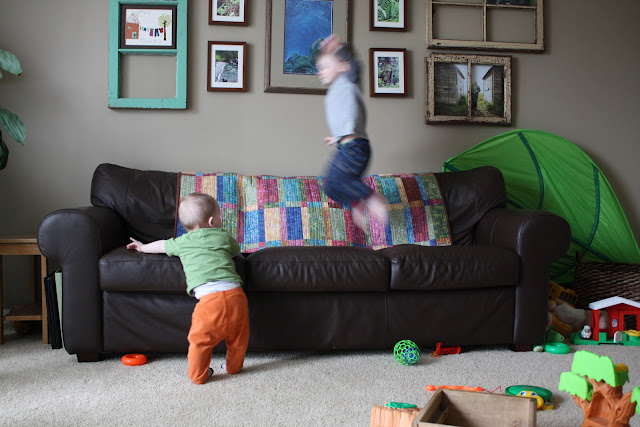