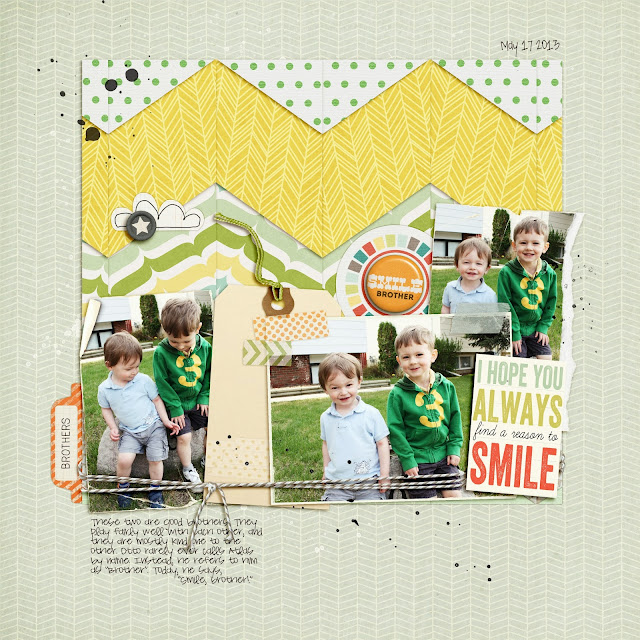 I've been working on this one on and off for some time now. I basically scraplifted the LO with inspiration from here and here, but I had to make the digital template from scratch. I'm a little proud of myself for figuring it out and putting all the chevron pieces together. I would love to know how to make the ends of the papers curl in Photoshop Elements, but I'm not even sure it's possible. Probably, but I just don't know how yet.

I love these two boys. They are such a joy. And I love how Otto always calls Atlas, "Brother".  I never encouraged it, but that's just what Otto calls him. It's cute.

Looking forward to working more on our family Yearbook.
Posted by kaly No comments:

So Thankful | In Pictures 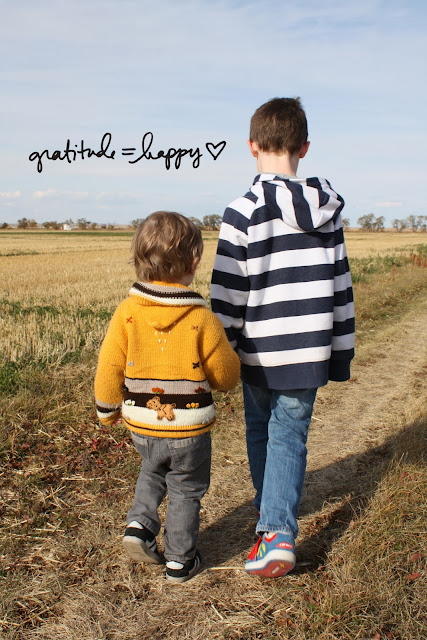 I have so much to be thankful for. My most thankful thing last weekend was getting out into the wide-open space with my family. It was beautiful seeing the cousins together, and the love they show one another. 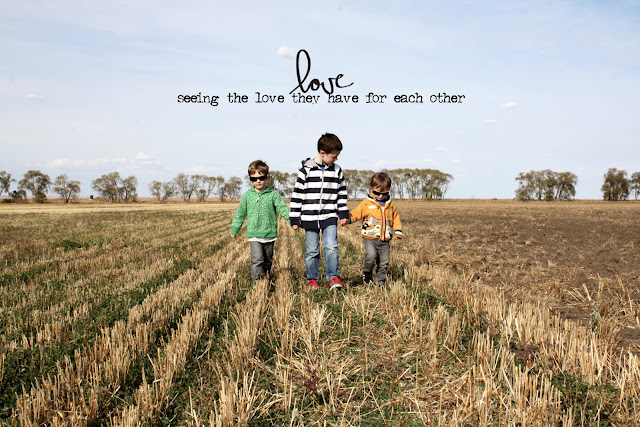 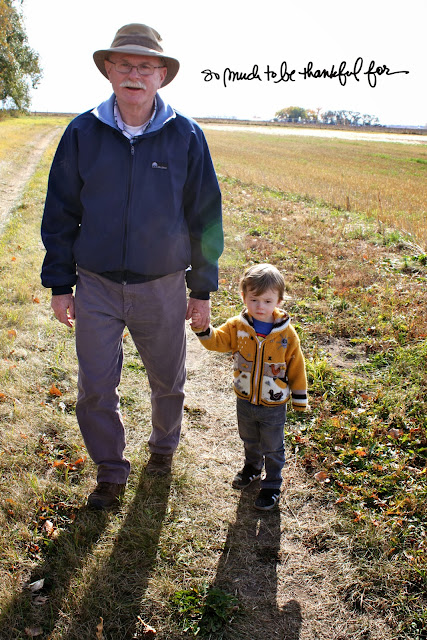 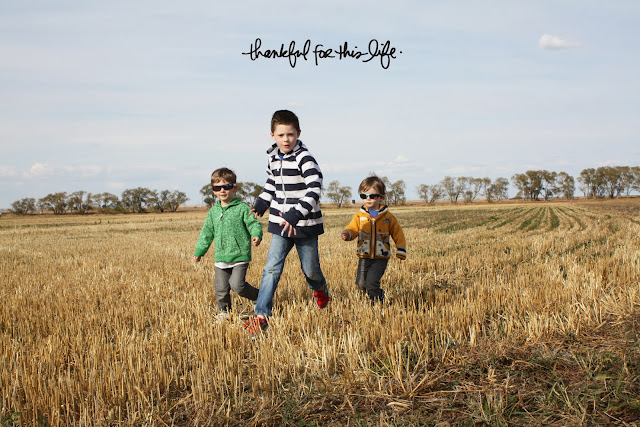 It has been over 2 months since I last posted! I haven't dropped off the face of the earth, but we've been filling our days (and my nights) with all kinds of things! The boys and I were able to move back into our home two months after the flood - mid August. I felt like the worst mother on the planet as I plopped my boys in front of the TV day after day while I got busy on the mess that our house was! I wish I had before and after pictures. Don't we always say that after the fact? Because we had been able to save so much when we were home as our house was being flooded, there were giant piles of stuff on every available inch of floor on our main floor. I am very grateful for what we were able to save - an entire pile or two of photo albums and scrapbooks, among other things. I began putting everything in labelled bins to take out to the garage. Andy made room on the shelves and we started stacking bins for storage. Other items were relocated to main-floor rooms, and I had to get very organized and creative in the ways I could store things.

Finally, things began to feel more normal and I turned off the TV and we started living our lives again. I resumed piano teaching, and Andy began his new job (with an almost four-hour daily commute). Andy loves his new position and we are happy to have his whole self when he is home.

We still get frustrated with the progress of our home and the legal implications of living on what is now considered "flood fringe" (ours is actually called "overland flow"). There is talk now that we may never be able to sell our house, and there are still some big mitigation jobs to be done on the house, but we are plugging along and hoping for the best.

We try to take in the high points of life and make them meaningful. Several weeks ago, our town was chosen as the site for the Canadian Hot Air Balloon Championships. It was magical! We could see them right from our house, but we also went to the light-up night, 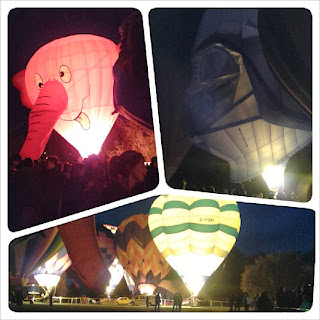 where they just "glow", but don't fly. And the boys and I went early the next day to see them launch. There was an amazing Darth Vader balloon that Otto got to help deflate (I was teaching, and we noticed him go down a few streets over, but he didn't go back up, so the sitter took the boys over and Otto got to take off his shoes and walk all over Darth Vader to get the air out! He was quite happy about that). 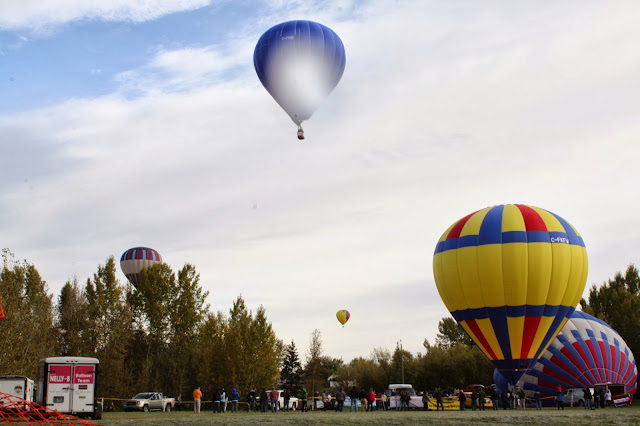 (I think there was a bit of fog on my lens) 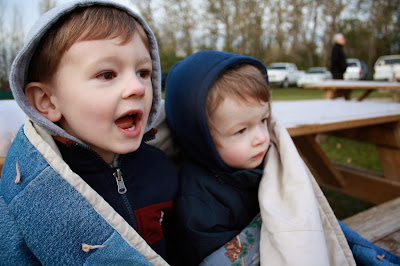 It was a very chilly morning, but the boys were so excited when the balloons finally touched off the ground! It really was magical. It lifted our spirits. 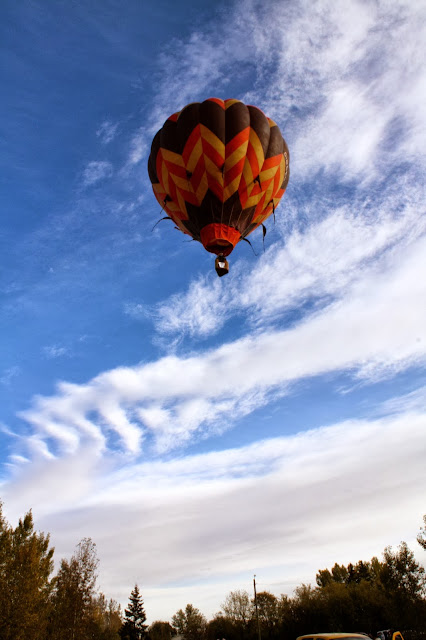 Other than the balloons, we have been finding lots of joy in Otto going to preschool! We had discussed his options last year, and decided to make a 15 minute drive two days a week so Otto can go to preschool with Ms Aileen. We LOVE Aileen. I used to work as her assistant and I adore her. She has won early childhood awards and all the children absolutely adore her. She has a way with children that she can see so clearly what they need. I knew she would be perfect for Otto. Otto is a very busy boy, and may one day be labeled a "problem child" in someone's class because he is just so BUSY! But he is super bright and needs to be challenged to keep his interest. I knew Ms Aileen would be able to do this and see him for the wonderful spirit he is. Otto LOVES his new class and I love visiting - it's like old times. I love that I know her curriculum. I know she celebrates each child and allows them to grow and explore on their own. This is so important to early childhood learning. We are happy. 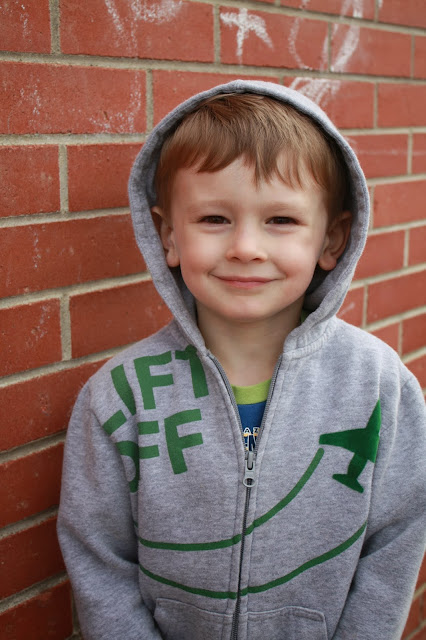 I wanted to stick this next photo in - one from our summer adventures. We went to the Alberta Birds of Prey Center (which is completely wonderful!!) and Atlas got to hold a little barn owl. He was in heaven! 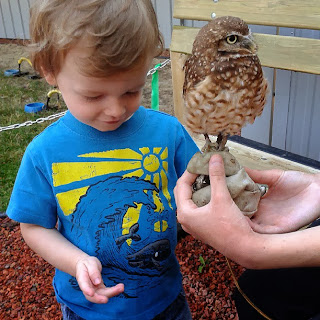 Posted by kaly No comments: