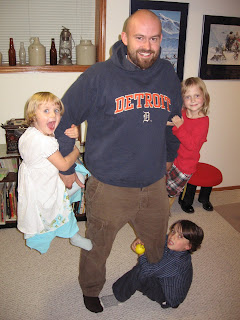 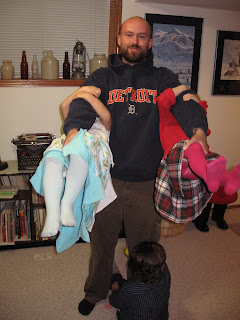 Andy and I watch this Japanime cartoon called
One Piece. In one of the last episodes, the character Franky gets all the other characters to "dock" (attach themselves to him) so they can make one big robo-pirate. It was a ridiculous idea, and one of the characters didn't want to. Nico Robin was so annoyed that Franky even asked. She refused, saying, "As a human being it is embarrassing." 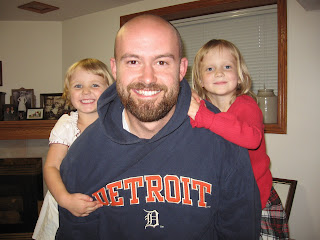 and told them never to ask her to "dock" again. Andy thought it would be cool to try it with the nieces and nephew. They were game to try it. The girls "docked" on his arms, being the weapons, and I'm not sure what Iarnan was supposed to be. They thought it was grand though.